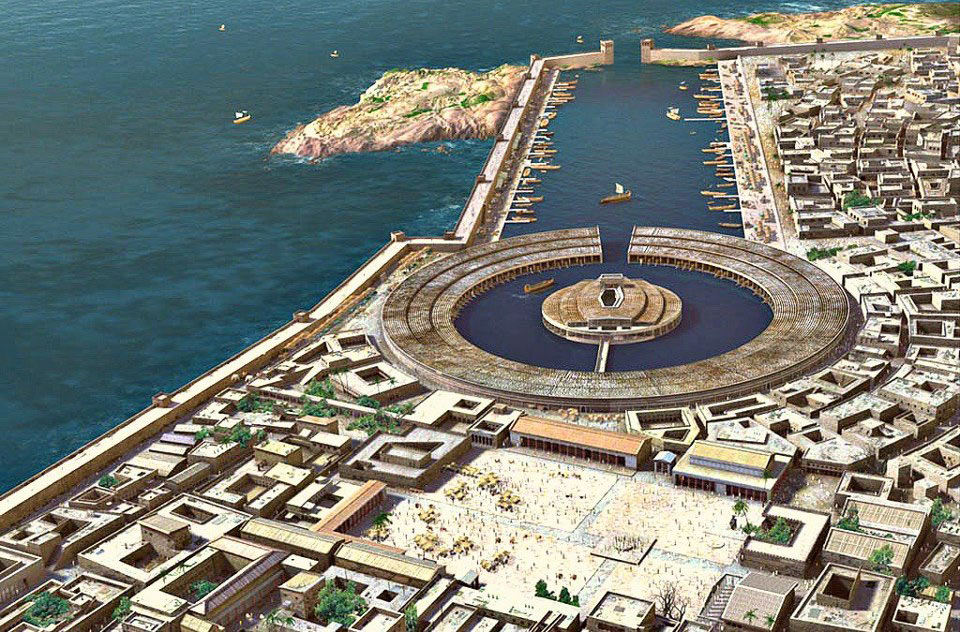 Sekunta is the major trading hub on Lyria’s southern coast. It has many dependencies along the coast and, with its particularly skilled merchant navy, is nearly the only trading partner of Nefehri and Taviros.

Slavery is still legal in Sekunta and its dependencies. As a result, gladiator bouts are a very popular form of entertainment.

Sekunta is led by a council of its seven most powerful merchant houses and one representative of the church. The houses gather their power from their holdings, their reputations, and, more importantly, their great wealth. In Sekunta, gold greases the wheels of the state. Citizens do have a measure of protection under the law. Citizenship may generaly only be acquired through land-ownership and military service.

House Abilgan founded Bithia and, through it, established a stranglehold on all trade with Taviros. Nezzu is known to be a shrewed business man as well as an hedonist.

House Adherbal made their early fortunes on timber, but quickly became one of the leading sources for soldiers in Sekunta. Many officers in the Sekuntan army were once warriors trained by Hannibal Adherbal himself.

House Barcas is a bit of a mystery to most Sekuntans, but none can deny their wealth or their opportunistic skills. The house is known to contain many sorcerers and bards.

House Carthon were the first to establish trade with Nefehri and have enjoyed a special relationship with the Ruby Kingdom ever since. Bomilcar is getting on in age, even for a dwarf and rumours abound that his children are already vying for his position.

House Elisha is known for its cleverness. Apocrypha states that the house gained its original fortune by tricking a demon-lord to provide eternal service to all females of the house. The house is known to adopt any girl that shows promise. Some say that Dido is the very same person to have tricked the demon.

After the priesthood, House Nekhul is Sekunta’s greatest provider of healing services. Similce recently returned from a trip to the Martyrs’ Fortress with some odd ideas.

When appointed, the head of the church of Ba’al Hammon dons a magical mask which transforms his mortal form into something akin to that of his lord and master. Who, or whatever he was before, the Patriach becomes a humanoid male sprouting two horns.

House Rhodana rules the seas. All the best navigators and shipwrights come from the house. Ysebel herself spends most of her time at sea and is normally represented on the council by her consort, Merbal.

Many people are tempted to describe the Amphitheatre as Sekunta’s largest arena, but that is a gross oversimplification. The great stone structure is 50 metres tall and, at its widest, 190 metres long. Before anything else, it serves as the greatest shrine to Ananrath. Her priestesses rule over every event that takes place in its arena and channel the crowds’ fervor to the Dancer in the Dark. It is known that they may call upon many enchantments laid upon the building through centuries of worship.

It is tradition for fortunate citizens of Sekunta to make large donations to the church of Ananrath in exchange for the opportunity to hold events in the Amphitheatre. The largest such events, celebrating great blessings on the great merchant-houses are dubbed Great Games. The Primae, Ananrath’s senior priestesses, are generally happy to recieve such donations and act as referee for any competitive event.

Admission to the amphitheatre is free for citizens and non-citizens alike, although citizens have access to priority seating. Furthermore, powerful patrons may reserve private terraces for a fee. In the general areas, the Coryphae, younger priestesses, distribute simple food and drink.

Rules of the Arena

1 Allowed equipment, license to kill, preparatory spellcasting and a few other rules are covered by event-specific rules.

2 For the gladiators only.