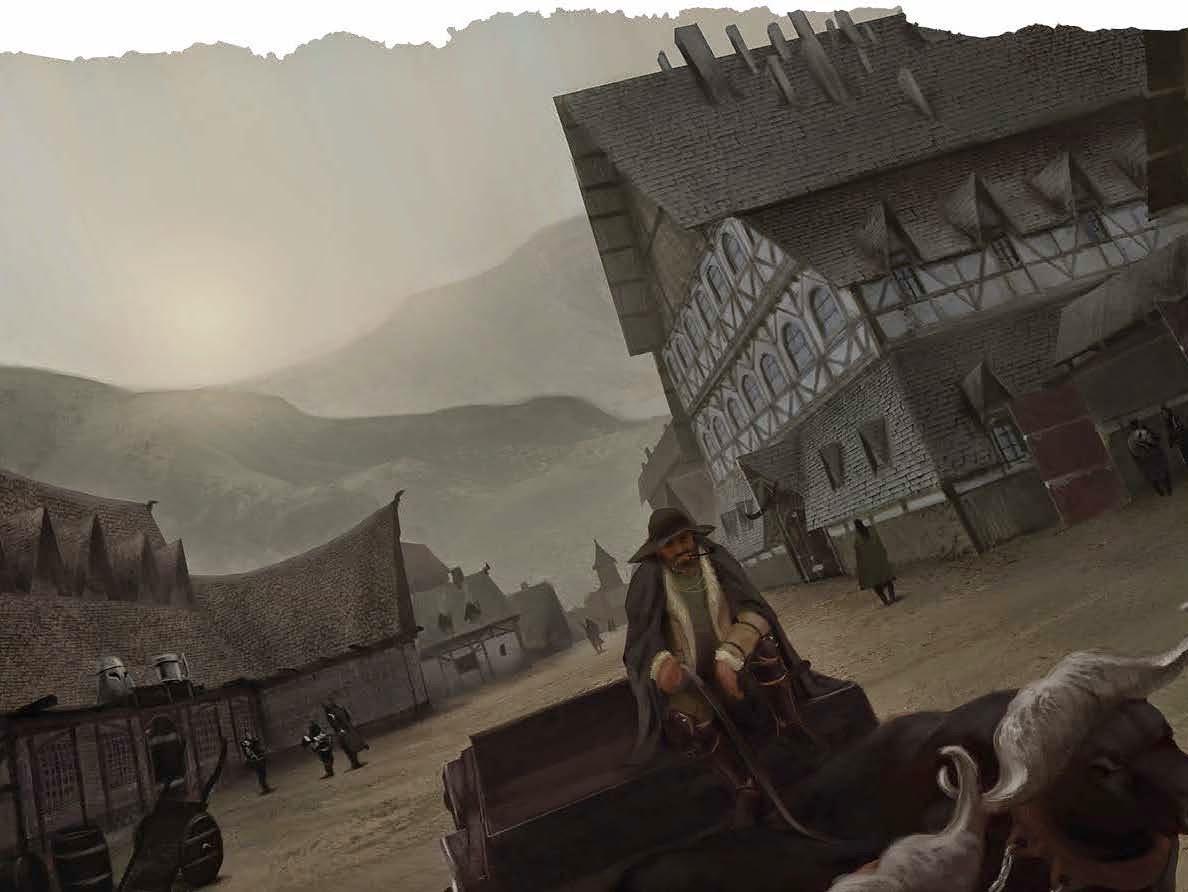 Aspen has been an important stop on the Long Road for two centuries now. Named for a distinctive stand of tall Aspen trees that were cut down when the hamlet was founded, Aspen became a settlement in the first place thanks to a drinkable spring that fed a sizable pond ideal for watering horses, oxen, and pack mules. 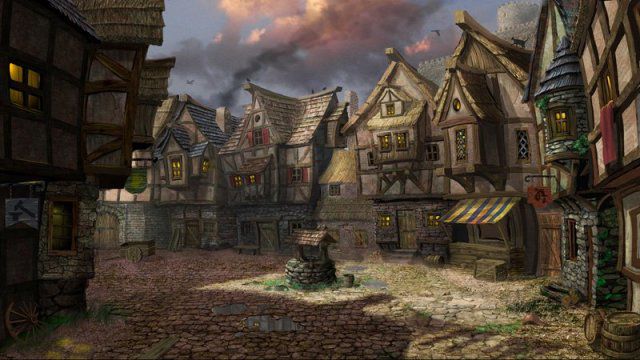 An east-west trail meets the Long Road at the pond,running west to the logging community of Haford and east to Deckhand Inn and eventually Pontat. Another trail leads to quarries in the Somber Hills and to ruins of stone keeps long ago left to monsters and outlaws.

In recent years, new quarries have been opened on the northwestern edge of town. So far these have yielded up great slabs of marble much prized in Guildheart for facing large new buildings and repairing older edifices. Aspen is also a center for stonecutters quarrying slate on the fringes of the Somber Hills.

On the west side of the Long Road, just south of the inn’s stable yard, stands what looks like a grand stone mansion. Two wide wooden doors painted with the symbols of many gods stand open day and night. Inside is a plain chapel with a stone altar. In addition to the main doors, the right and left wall each hold a single small door.

Four identical, well-built warehouses stand here in ground covered in raked gravel and cinders. There is a sign that says “Bethunder’s Storage/Rent Space by tenday, month, or
year”.

This plain square building is always coated in a gray- white shroud of rock dust. It’ s the business office of the busy Dronen quarry, run by Ekal Dronen. The office displays samples of cut stone as well as “raw” samples from the quarry. Records are neatly sorted in cabinets behind a wooden counter.

Ostensibly a babershop, but also serves as the town’s unofficial second tavern and pawn-shop. The building itself looks like it’s seen much better days. Inside, one finds a cluttered shop full of lounging customers – most of them men in no particular hurry to be waited on – with old hair clippings trodden underfoot on the sagging board floor. Run by Marlandor Gulkaer.

A combination bathhouse/dress shop set in a well-appointed home. Half-barrels planted with aromatic herbs and flowers flank the entrance, and the windows are decorated with flower-filled window boxes. Inside is a tidy room that functions as a dressmaker’s shop and fitting room.Beyond two sets of doors are bathing chambers that emanate pleasant smells and warm dampness.

Next door to Dorth’s Fine Poultry stand four identical single-story stone buildings, running back from the street in a line. The front building has a painted sign of a ham being carved by a cleaver, accompanied by no words. This is Jelassa Onra, Butcher, Harturk’s homebase.

This wooden building grew haphazardly for many years, shooting out single-story wings and annexes untidily in all directions.

This former warehouse reeks with an eye-watering, throat-closing stench that obliterates all other smells within a bowshot of the place.

This three-story, dilapidated boarding house has many balconies and outside staircases.

One door north of the Allfaiths Shrine stands the Travelling Sword. The inn is a three-story stone structure, crowned by a steep slate roof that bristles with many chimneys. A signboard juts out over the door, hanging from chains. It’s a ten-foot-long carved wooden scimitar emblazoned with the inn’s name in red paint on both sides. An inn yard with stables and outbuildings lies behind the building.