Vikkard Broju, like most of his people, vacillates between cool, borderline-rude, detachment and palpable intensity. It’s been said that his interest in summoning was fed by his hooved and horned appearance, but those who get beyond the façade find a person looking for those who can provide hints to the deeper answers about the nature of the universe.

Beyond his horns and hooves, his most striking feature is undoubtedly his glowing right eye which often moves independently of the left. While it is well known that he got the eye after his bound period, none seem to know its exact provenance or abilities. 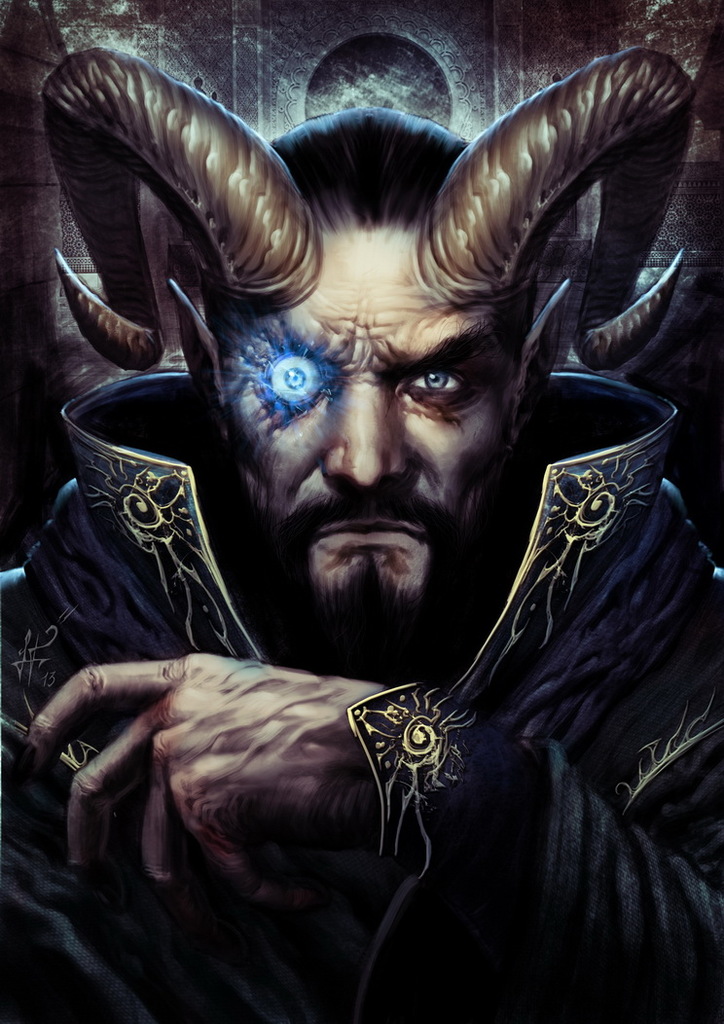