Kryseis or Kryseis the Pious as she is known by most of the Academy’s students is a bit of an enigma.

She came to the Academy from Tarivos a long time ago and easily took to the teachings of the school of abjuration. Unlike the vast majority of the Academy’s students she advanced in her studies without tarnishing her original faith. For decades she tried to use what political power she had mustered to turn the Academy towards the path of good only to be disappointed again and again. Some hundred years ago, she left Coldspire to permanently retreat from worldly concerns.

To everyone’s surprise, she returned to the Academy a few years ago with a your Tarivian in tow: Mavrikos Gavras, like her, a follower of Phos. She quickly disappeared after handing him over to her school’s preceptors.

Now that Mavrikos has finished his training, she has once more returned to Coldspire Academy to mentor him. 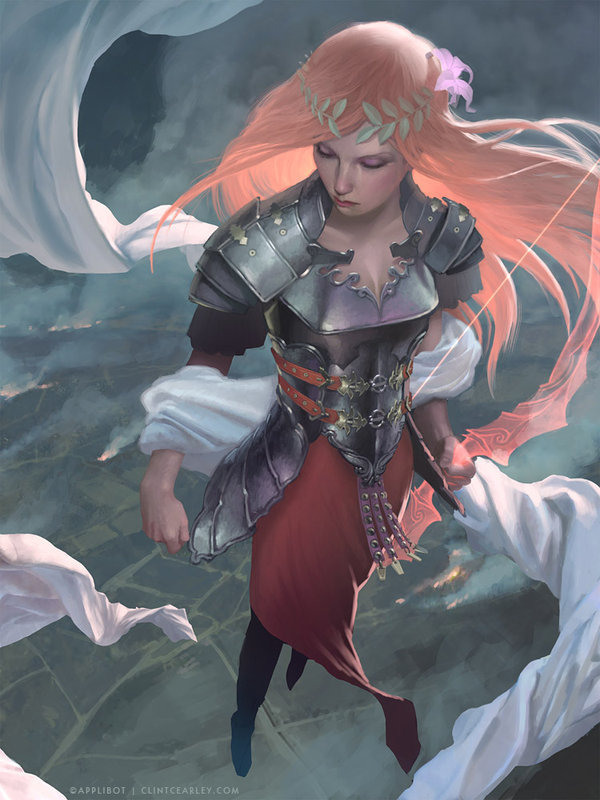