Unnamed and unprepared, kitsune is a cornered animal.

Kitsune – her breed, not her name – was an animal in the shape of a human. She knew that. She’d had to repeat that to each and every guest of her (former?) master, to each person whom she “entertained”, before returning to her cage.

But wild hearts can’t be broken, and Kitsune seeks freedom, her memories, and something more than the lies she’s been told.

In the beginning was forest, deep mossy groves of ancient trees and lighted insects swirling in wispy dance, dark nights and torches, and cautious wrinkled hands tracing a secret language into the soil. She remembered the melody of the wind in the treetops, smiles and tanned leathery chins, and the summer chorus of frogs and toads and insects. She remembers running on both two and four legs beside her Little Red Vixen.

But there are no words. She learned language, but perhaps the shaggy bark and perpetual twilight taught her with their eons old seasons. She remembers no names, no songs, no words except the careful cadences of the druid magic. She remembers only the timeless lullaby of the wild until the cage.

She was a good pet, he cooed, his moist sausage-thick fingers playing across the hairs at the nape of her neck. Operant conditioning, he told her. Pain for failure (the lightning he cast at her from his fingers caused her to spasm and froth, to bit her tongue, to taste metal – best not be caught failing). Reward for success (reward was quiet, reward was sleep, reward was a larger cage not of bare metal, reward was permission to use a water closet in lieu of a slop bucket). She would not fail, but she was no pet. She longed for escape, for his painful death at her hands, and the deep ancient forest.

She learned silence. She learned stillness. She learned to make do with what she had. And one night, silently, the lock was opened and she padded into the night, his spellbook under her arm.

She found a tatoo artist. She offered the spellbook in trade for the tatoos of the arcane runes on her arms and legs. Carefully, they prepared the skin on her Kitsune form. What is your name, he asked her. I am Kitsune, an animal in human form, she recited. Where is your wizard, he asked her, using his needle on her thigh. He sleeps, she replied.

Many runes were transcribed. Enough for some basic magic, and she could leave and have taken payment. Not a pet. Perhaps a whore, but never a pet.

The tatoo artist smiled, slyly. Why are foxes said to be sly? We do not contrive. We do not lie.

The tatoo artist did not let her go. He was large, especially large compared to her as Kitsune. Become a woman, he said. She refused. He broke her jaw. She cowered and complied. That evening, she sent the Little Red Vixen to find the Wizard. Pray come before I die, she wept.

She went unconscious.
Rest assured, she was saved by someone. She had a collar fitted so that she could never flee again. But she was injured, and, as a pet, she did not warrant healing magic. She would heal in time. She was hurt, but she would recover. 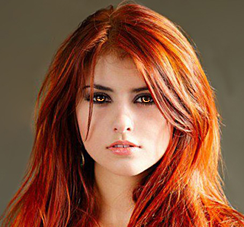