Galphadar Sympht, or “Galph” for short, is a mediocre student of the Academy. With a lack of magical talent that is obvious to all who sees him practicing the Art, but with too much inner Gift to let him loose on the world, Galph was eventually employed as a got-to apprentice to the Academy. He soon found a nich position as the overseer of the wand practice field, giving him a lot of insight on what wand did what and soon found a friend in a fellow wand aficionado in Samir Goldentongue, who encouraged him to also work as a part-time quartermaster. The friends soon developped a great seller/customer rapport, as each had a great interest (and excitment) in all types of wands. On the other hand, each had the tendency of only skimming on the details of what the spells entailed, too consumed by their excitements to care, really, which accounts for SOME of Samir’s spectacular mishaps while out on adventures. 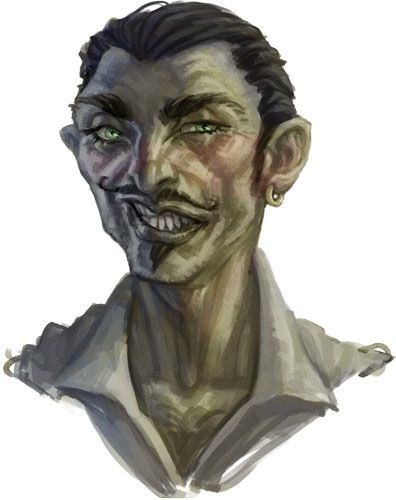