After finishing his 20th year of military service in the Sekuntan marine (retiring as a ship captain), Amon Thesh received a plot of land on the coast of Bithia and a lump sum and turned his sword to plowshare.

It was around that time that he welcomed his son into the world, losing his first wife to a difficult birth. He remarried within the year to an already pregnant Ayzebel Serenis, who gave him a daughter.

Amon’s olive orchard allowed his family an honest and comfortable life. Eventually Amon’s gambling gambling habit pushed him to take number of loans to maintain his lifestyle. He first first used his livestock as collateral for his loans, then the orchard, and ultimately the family’s very freedom. The family was brought to ruin when his estate suffered two severe consecutive drought. Massylii Abilgan, a prominent Sekuntese senator, came to take his pound of flesh, Amon’s entire family became his property and they were forcefully relocated to his mansion.

He escaped, for unclear reasons, the death penalty when his son escaped from slavery. He later received manumission after saving his owner life and eventually taking charge of his trading business. After getting this new lease on life, Amon abandoned the use of his first name in favor of his middle name, Hamilcar. 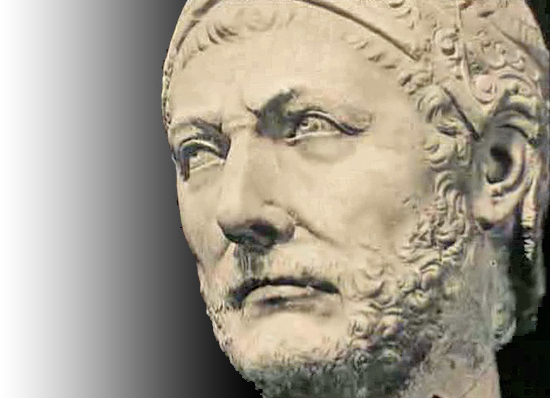